A historical sight steeped in legends of mermaids and giants.

St Michael's Mount, the jewel of Cornwall's heritage has a rich history. Its a priory, fortress, a place of pilgrimage.

The fort dates back to the 12th century but there are historical artefacts dating well back into BC. Come and join us on a St Michael’s Mount tour and learn of its role in the War of the Roses, and how it helped to propel the country to defeat the Spanish Armada in 1588.

The Mount is of great importance to the Cornish fishing fleet. St Michael, the patron saint of fishermen looks down upon the fleet to protect and bring them home from their time at sea.

There are tales of Cormoran the Giant, who lived on the mount. He would come across the causeway to feed on the community’s livestock. Only Jack, a young lad from Marazion, had the bottle to take on the beast and win, to be forever known as Jack the giant killer. There’s not much told on how he fared with the mermaids but some things are best left untold. 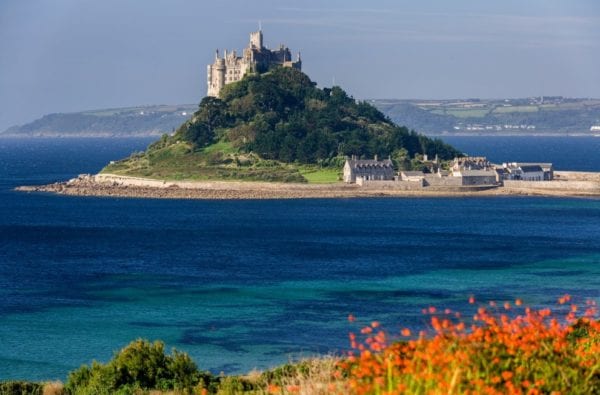 All you need to know about St Michael’s Mount.

Who lives on St Michael's mount?

The St Aubyn family have lived on the mount since the middle of the 17th century.

Can you walk up to St Michael's Mount?

You can walk out across the iconic causeway 2 hours either side of low tide.

Where is St Michael's Mount located?

St Michael’s Mount is located in Mounts Bay. It’s separated by the sea from the town of Marazion, that’s a stone’s throw from Penzance.

1 hour
Penzance
Mounts bay has an exceptional amount of wildlife and historic landmarks packed into a small area.