Where the Atlantic Ocean meets the Cornish granite

Land's End is Britain's most South-Westerly point and a world-famous landmark was once known by the ancient Greeks as Belerion shining land.

Its dramatic atmosphere has inspired artists, poets and storytellers for thousands of years.

If you listen carefully you may hear the church bells of Lonesse. A mystical land that was lost to the waves on a cataclysmically stormy night. Lonesse is said to be part of King Arthur’s Realm that stretched out to the Isles of Scilly

There are over 130 shipwrecks around Land?s End, as well as countless more pre-records. John Carter, the famous smuggler used the rugged cliffs and savage lee shores off Lands End to his advantage when trading ships made a wrong move as they approached the English Channel. 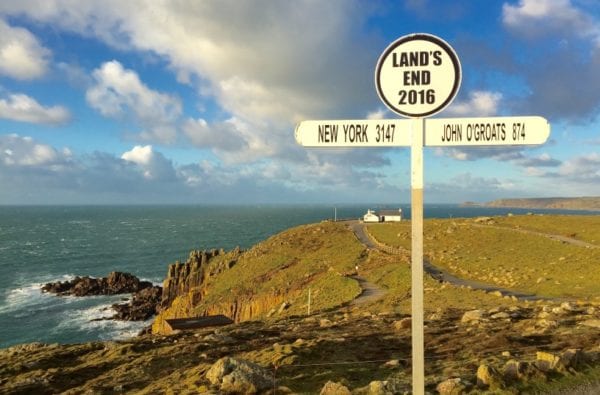 All you need to know about Lands End Cornwall.

What is Lands End famous for?

Famed for its dramatic scenery, its history and of course the well loved and probably the world’s most photographed sign posts.

Who owns Lands End in Cornwall?

Is there a beach at Lands End?