Mousehole is a picturesque fishing village often described as the loveliest village in England.

Located 3 miles away from Penzance and to the west of Mounts Bay. Seals haul out on the rocks of St Clements Isle just off the coast of Mousehole.

Mousehole and Marazion were one of two main commercial centres in the Mounts Bay area. A part of the South Quay in Mousehole is from 1390 and is considered one of the oldest piers in Cornwall. Exported lots of cured fish and woollen cloth to English garrisons. Mousehole, however, was attacked by the Spanish in a raid in 1595 in which the whole town was burnt down apart from one house!

Once known as Porth Enys meaning ‘port of the island’, Mousehole has a strong fishing heritage, over 70 commercial fishing boats still sail from the port and it was once more prominent that Penzance and Newlyn.

Mousehole also has a wild bird hospital that takes both land and seabirds into care and rehabilitates them for the wild. 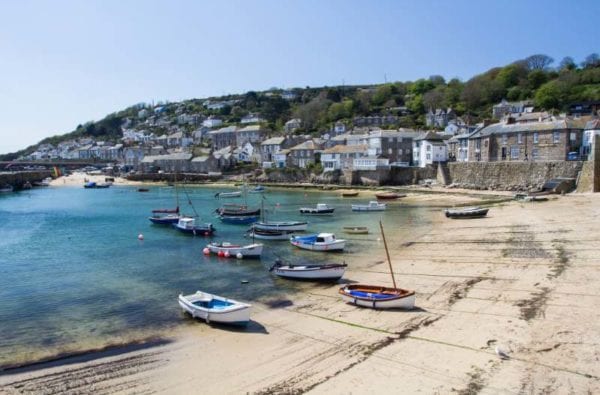 All you need to know about Mousehole.

Visiting Mousehole is highly recommended and is one of those places that manages to keep some of its old world charm.

What does Mousehole mean?

1 hour
Penzance
Mounts bay has an exceptional amount of wildlife and historic landmarks packed into a small area.